Most dogs need about an ounce of water per pound of body weight. Most dogs are messy drinkers, so it’s hard to tell exactly how much water is making it to their mouths and how much they’re actually ingesting.

Polydipsia is the medical term referring to an increased level of thirst in dogs. Dogs who are polydipsic may seek water in places other than their water bowl such as shower stalls after their human has been in them, open toilet bowls or dripping sinks. 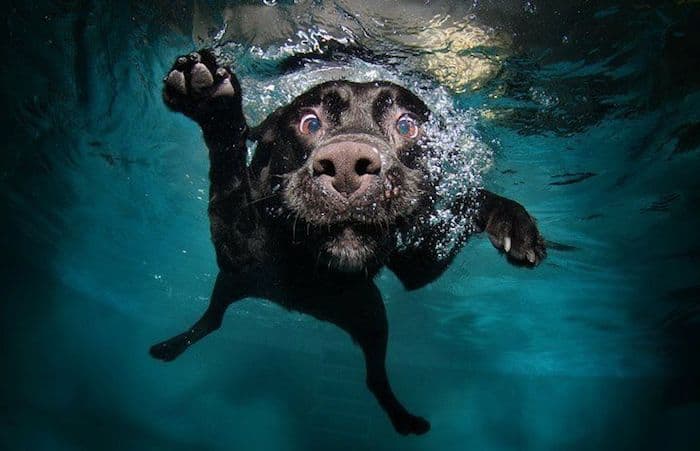 The first and most obvious reason is because he needs it! Just like people, your dog may be playing outside on a hot summer day and not even think about being overheated and dehydrated until dehydration has reached the painful stage.

Along with increased interest in water, signs of dehydration in dogs include thick, rope-like saliva, lethargy and dry mouth. If your dog has these signs, don’t allow them to free-drink — again, just like humans, suddenly overwhelming the stomach with large amounts of liquid can cause vomiting, which, in turn, can cause further dehydration.

Use ice chips or allow them access to smaller amounts of water at a time, keeping an eye on their rehydration for the next few hours. 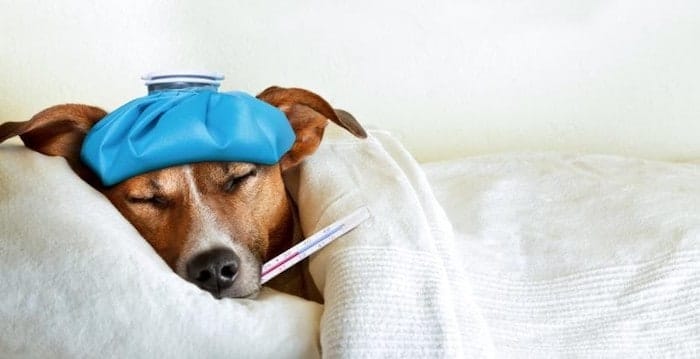 Most of the time, increased water intake and increased urine output go hand in hand — and both can be a sign of the onset of an illness. But before you panic, make sure that your dog truly is drinking more water than normal.

Measure your dog’s actual water intake over a period of 24-48 hours, keeping in mind the 1 oz. water = 1 lb. body weight formula. If he’s drinking a good deal more than that, then illness could be the culprit.

Medical issues that cause an increase in water consumption include (but are not limited to) urinary tract infection, uterus infection, Diabetes, Hyperthyroidism, kidney disease and kidney failure. Only your vet can give you a proper diagnosis.

Hyposthenuria is the medical term for the chemical imbalance of urine in dogs. It can be caused by trauma, hormonal problems or kidney problems. Excessive thirst and urination are symptoms of hyposthenuria along with occasional urinary incontinence.

If you think that this may be the case with your pup, you’ll need to get him to the vet so that the vet can run a series of tests in order to diagnose the disorder, including a blood panel and urinalysis.

Hyperadrenocorticism, commonly known as Cushing’s disease, is a disease of the endocrine system, which controls a dog’s hormones. This particular disease generally affects middle-aged and older dogs, and causes an excess of cortisone in the dog, which causes gastrointestinal distress and hypertension.

An increased thirst (and subsequent increase in urination) are one of the main symptoms of the disease, along with increased hunger, panting, loss of hair, lack of energy, insomnia and sexual side-effects, which in turn can each cause their own symptoms.

Cushing’s is most commonly caused by a benign (non-cancerous) tumor on the pituitary gland. While many panels of tests will need to be run to positively identify Cushing’s disease, the problem can most often be solved with a small surgery to remove the tumor and/or drugs to control the release of cortisone into the dog’s system — so it is a manageable disease.

If Fido has recently begun taking any medications, the medication itself may be the cause for excessive thirst, just as it can be in anyone taking a medication. Particularly thirst-inducing medications include anti-seizure meds, thyroid medication, behavioral medications, steroids, medications aimed at heart disease and many others.

If the fascination with water began around the time that puppy began taking the medication, that’s likely the culprit. However, keep an eye on it to make sure it’s not too excessive — and place a call to your vet, just to keep them in the loop about what’s going on with your dog’s condition.

Similar to Obsessive Compulsive Disorder in humans, dogs are sometimes prone to develop compulsive behavior due to a traumatic experience or long-term stressful situation. Triggers can be anything from thunder storms to connecting a certain sound/smell/sight with a horrible experience that the dog may have had before he came to your home, so it’s often hard to diagnose stress-induced behavior in dogs.

Excessive water drinking, even when not thirsty, is one of the many compulsions that a stressed out dog can engage in. Again, like humans, there are many different therapy options that are available for a dog with stress-induced compulsions including a process called desensitization and counter conditioning (DSCC), which basically teaches the dog to first ignore the trigger, and later disassociate the bad feelings from the trigger.

Psychogenic polydipsia is the psychological need to drink excessive amounts of fluid — which, for dogs, is generally water, since it’s all that they have access to. This is a psychological disorder that occurs in humans, too, and is generally characterized by the brain not sending the signal to the body to stop drinking once its thirst is satiated.

It most often occurs in dogs who have trouble with anxiety, which can often present itself as nervousness, excitability or unnecessary fear. Since the dog has no way of knowing that its drinking is excessive, it will continue to do so as a way to help cope with its anxieties, and will continue to drink, causing the kidneys to work overtime to remove the excess water from your dog’s system, causing excessive urination and eventually a condition called solute washout.

Fortunately, your dog’s body can fix solute washout on its own, but only if the water intake is limited to a reasonable amount. Since this is a psychological condition and the excessive drinking is a coping mechanism, it won’t be as simple as giving your dog less water to drink — you’ll need to find the underlying cause of the condition and treat the anxieties causing it in order to truly stop the problem.

Have you recently changed anything in your pup’s diet? If you’ve changed their kibble or treats, an increase in sodium, sugar, filler or another dehydrating ingredient may be to blame.

If you’ve changed or eliminated canned food, they may be missing the small (but important) hydration that they were getting from their food — canned foods are generally around >70% water, while dry food contains <10%. Try switching back to the old food or treats to see if the increase in water consumption stops.

So you’ve changed your dog’s food, but the label looks A-OK and you can’t see what could be causing the problem. Perhaps an ingredient in the new food is foreign to Fido and it’s causing a food allergy to rear its ugly head for the first time.

Food allergies account for only 10% of all allergy cases in dogs, but it’s still a very important cause to look in to. Food allergies in dogs are caused by a genetic predisposition to develop allergies, followed by a whole host of external factors that science hasn’t quiet nailed down yet.

Food allergy symptoms present themselves in MANY different ways — from scratching at the head, neck and ears, to head shaking, to gastrointestinal problems, your pup’s food allergy could be expressed in many different ways.

However, if their throat is feeling kind of strange to them, attempting to drink it away might be doggie’s only recourse — thus, an increase in water consumption. If it is indeed an allergy causing the symptoms, an allergy panel run by your vet and an elimination diet are going to be your next courses of action.

Again, food as the culprit, but a food intolerance is very different from a food allergy. An allergy to a specific food has to do with the dog’s antibody response to a specific food which causes the itching and other symptoms associated with an allergy.

An intolerance, however, is similar to the reaction of a human being who can’t handle spicy or greasy foods — your dog’s specific digestive system just isn’t designed to cope with a certain food, and therefore, can create symptoms like gas, diarrhea or vomiting when that food is introduced.

These gastrointestinal issues can cause dehydration in your pup, and thus, an increased thirst. If you have a backyard or just aren’t one to monitor your dog when nature calls, just make sure to pay a little more attention when he goes out for the next few days and you can safely rule this one out.

Being a dog parent has never felt this good. Here at Long Live Dog, finding the best essentials for your dog is our top concern. My mission is to provide information and latest updates, especially about best dog products, to dog owners and lovers alike.

© Long Live Dog 2021. Unauthorized use and/or duplication of this material without express and written permission from this blog’s author and/or owner is strictly prohibited. Excerpts and links may be used, provided that full and clear credit is given to LongLiveDog.com with appropriate and specific direction to the original content.
As an Amazon Associate LongLiveDog.com earns from qualifying purchases.